After proving himself to be a safe and accurate shot with his air rifle, demonstrating firearm safety and awareness, Ali was ready for his first shotgun.

Ali tried one of my friends 410 shotgun and said he said he felt ready to have one himself.

We gave him a gift of a Yildiz 410 Hushpower single barrel and set him up with BASC  membership. The Yildiz is a big shotgun in dimensions, even for an adult, but it only weighs in at 4.5lb. This is due to the full sleeve moderator fitted to it.

On his first 20m shot he took down his target, then carried on doing the same over and over again as we moved back in steps to 30m. The boy has skills. He is incredibly accurate and acts like he was born to shoot.

Below are photos of some air rifle practice and shotgun practice. 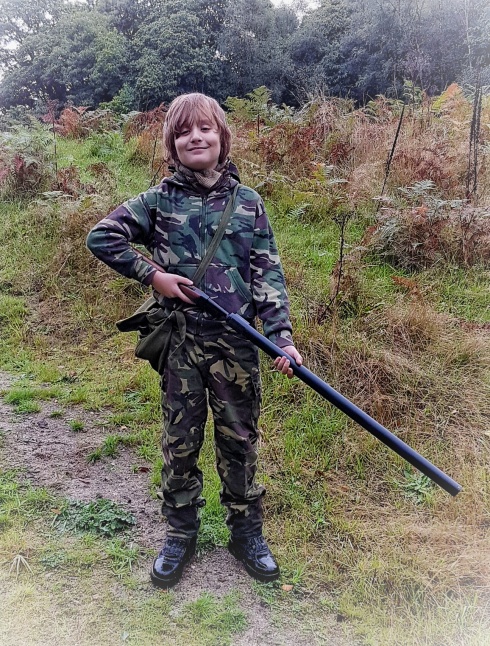 www.ravenblackengineeringltd.com about.me/thelucasblack END_OF_DOCUMENT_TOKEN_TO_BE_REPLACED
This entry was posted on Tuesday, September 27th, 2016 at 8:43 am and posted in Miscellaneous and Older blogs. You can follow any responses to this entry through the RSS 2.0 feed.
« Hey, dumbass, step away from that ballot box.