This from: Bring Timmy Home

Timmy Maccoll a serving British Sailor and devoted family man, was out in Dubai on Sat 26th May 2012. He was put into a taxi by friends at 0200 sun morning and they paid the taxi up front and asked the driver to take him back to the ship. This was the last that anyone has seen of him.

Due to the Jubilee and other ‘far’ more important news stories at the min, this is not getting the media coverage that we require to reunite this devoted father and husband back to his wife and children. This is why we have set up this group.

It is said that we are only ever 8 people away from knowing anyone around the world. Lets put this into practice and find somebody somewhere who has seen or knows where he might be. To achieve this we need every one to add all their FB friends and eventually we must find something.

Thank you all also for your kind words and messages of support. We will pass all these onto Timmy’s family.

Thank you for your support

I didn’t ask permission to post this, but I’m sure they won’t mind.

PLEASE SHARE EITHER THIS LINKED PAGE, OR BETTER STILL, SHARE THE PAGE THEY SET UP:
Bring Timmy Home

Okay, X-Factor was knocked to the number 2 UK chart position for the Christmas number 1 single… beaten by a social networking pushed project – Rage Against The Machine took the number 1 spot as people stood up to the Cowell lead X-Factor machine.

The thing is it needed to be done – but no-one will argue that RATM’s song isn’t exactly “Christmassy”….

As such, just before Christmas I decided to push for a Christmas number 1 that is Christmassy…. and what could be better than “Fairytale of New York”….

Fairytale of New York has never been number 1 in the UK, yet is often voted as the best Christmas song out – so I figured it was about time we got it to number 1… 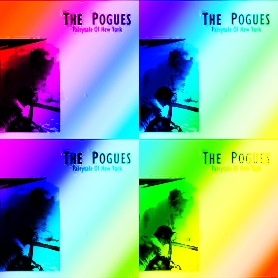 Added to this, it is the 10th anniversary of the sad and tragic death of Kirtsy MacColl, when she was hit by a speed boat in dive restricted waters whilst on holiday. This tragedy has never been properly resolved – and after 9 years of fighting for justice the case has finally run out of anywhere to go as the authorities have closed the door on it.

The day people will need to buy Fairytale of New York to make it count for a Christmas chart release is the day after the 10th anniversary of this untimely passing of Kirsty – so getting Fairytale of New York to number 1 will be a tribute, a return to a Christmassy song for Christmas, and another kick in the teeth to those that set up TV shows to force a manufactured number one.

Fairytale of New York is not a manufactured number one – Sure we will be pushing to get it there, but for over a decade it has been in the Christmas charts and it is a well loved song. It hasn’t just been made up to grab money for Simon Cowell…

This project is still in the initial stages, but much like RATM, we will be making sure Fairytale of New York does good. As such there will be a charity donation system set up. This will all be sorted as the project progresses.

I have contacted various people within The Pogues camp, and also to Kirsty MacColl’s mother. I would like them to be involved as this would be very important to the project.

There is a Facebook page set up : FAIRYTALE OF NEW YORK XMAS No.1 2010

I won’t be able to do this on my own, so FTONY isn’t an “I” thing… it is a “WE” project – and I am currently being ably assisted by Phil Karn (met thanks to Twitter). There may be more people called in to help – and we’ll be grateful for any help!

I have started this group early as I want to build up the numbers of followers throughout the year. For most of the year the group will be a little quiet – just general chat and news – I don’t want people to burn out too soon!

As the time to buy draws near come November/December 2010 I shall then kick the group into action with group emails to ramp up the drive to get that number one spot.

If you want to get involved, you can email me at fairytale@sometimespace.com

Let’s get a Christmas song to Christmas number one – a song that has not been there before… and we can all remember Kirsty MacColl at the same time!