Lover of Power? Power of Love? 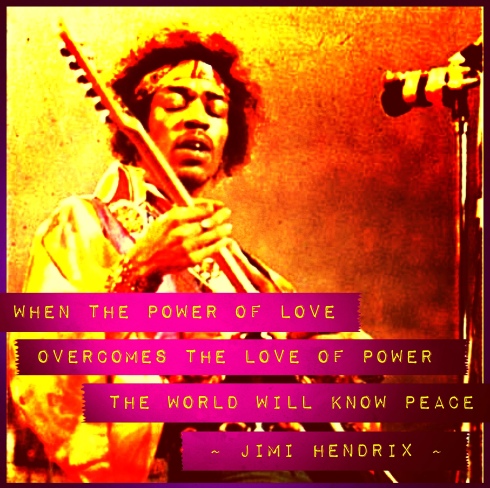 A soldier lay dying on the fields of blood
His past came and haunted him still
For his allies and enemies, they all came about
And upon him they forced for the kill

They’d not seen, as he had, the reasons for war
They’d not heard the rallying cry
They’d just seen the conflict, the maddening fight
And for that, they thought he should die

A country at risk, a queen on the throne
Both sides were so unaware
A traitor, a spy, the one with the knife
A man who had such little care

Yet the soldier was told of these traitorous moves
And he felt it burn through to his soul
But he offered a rope to the treasonous wretch
To either hang, or pull free from the hole

With no prior to guide them, the armies advanced
As one on the soldier in sight
With his flanks pierced by friends and his chest by his foes
The soldier was losing the fight

“You try to play God” a cry came from the crowd
“You have no course for this fight!”
Yet the soldier stood ground, for he knew the whole tale
And he stood for what he thought right

The Armies fell back, the soldier was down
The battle had drawn to an end
As he lay in the mud and the blood of the scene
The soldier felt left without friend

The soldier just lay there, fading fast
On the cold and hated ground
He looked at the sky and thought of the queen
He’d never even seen her around

But as stars lit the world, a stranger approached
Through the misted fields of the night
“I give you praise, I give you thanks –
It was for me, that you put up this fight”

The soldier lay stunned, his strength coming back
As the queen drew back into the dark
Unknown to him, unknown to her
There had been a fateful spark

A betrayal of two lives and a the loss of a love
The birth of a new dawn and age
The start of an end with the loss of a friend
The first, though not the last page

He had his own troop, and army of one
His life was set on its way
Then the queen he had lost returned to the land
And the sun once more lit his way

Yet time had moved on for the soldier and the queen
The past was set solid in stone
For she had a life, and he had a life
But those lives were not just their own

So the queen and the soldier, together again
But where do they go from here?
She’ll rule her land and take her stand
And the soldier – he’ll always be near.

I used to write a lot of verse – mainly tilted towards the darker gothic. Now it is more infrequent.

I was sent this by a good friend of mine and I had to share it! Many thanks Irosh Peiris!

I  hope you can help me here. The other day, I set off for work leaving my husband in the house watching the TV as usual.  I hadn’t driven more than a mile down the road when the engine conked out and the car shuddered to a halt.  I walked back home to get my husband’s help. When I got home I couldn’t believe my eyes. He was in our bedroom with the neighbours daughter.  I’m 41, my husband is 44, and the neighbours daughter is 22.

We have been married for ten years. When I confronted him, he broke down and admitted that they had been having an affair for the past six months. I told him to stop or I would leave him.  He was let go from his job six months ago and he says he has been feeling increasingly depressed and worthless. I love him very much, but ever since I gave him the ultimatum he has become increasingly distant.  He won’t go to counselling and I’m afraid I can’t get through to him any more.

Can you please help?
Sincerely,

A car stalling after being driven a short distance can be caused  by a variety of faults with the engine.  Start by checking that there is no debris in the fuel line. If it is clear, check the vacuum pipes and hoses on the intake manifold and also check all grounding wires.  If none of these approaches solves the problem, it could  be that the fuel pump itself is faulty, causing low delivery pressure to the injectors.
I hope this helps,
Walter

Christmas is doubly cancelled. Someone is having a laugh.

Brilliant, just brilliant. Not happy with screwing my back up for a couple of months and causing me to lose pay and halting Christmas in a big way, I had to open my gob and look to the sky and ask “What next?” Chris said she’d talk to her boss at the stables tomorrow to see if she can get Saturday work to go with the Sunday she already does.

Well, as we talked about the phone wrang…. It was her boss. He explained that the stables are really suffering with the credit crunch (people stopping riding lessons etc) and he has to let staff go. He said if he had a magic wand, he wouldn’t be doing this, as Chris is one of the nicest people he knows, but he had to let her go. That Sunday job wasn’t just money – it was a way for Chris to be around horses (she loves them).

She’s a great instructor and loves teaching (and riding if she gets a chance), and this job meant a lot to her. She’s really very upset – which in turn makes me very upset (obviously). She is still taking part in the panto that the yard is putting on (Cinders on horseback), which is a good thing – We just need to figure the rest out now.

I’m not going to look up and ask “what next?”. I think just by thinking it I have already initiated the next payload of crap to be aimed at the fan. I’m in a place now where I know more bad news is coming, but I just don’t know what.

It’s all very well having friends and family – my lovely wife and wonderful son… but no matter how many times I count my blessings, I can’t seem to find a way to exchange a few for hard currency. Blessings, it appears, do not pay the bills. Picture? No picture this time – I couldn’t find one to match my current mood.