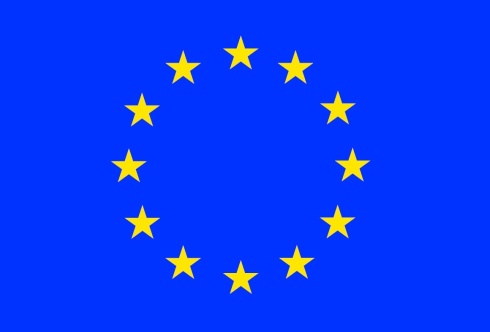 One EU comment I see Brexit people make is that trade won’t suffer, because Norway isn’t in the EU and it has great trade deals, so that’s brilliant.

Another comment I see is that leaving will give us control of our borders and get rid of immigrants, and we’d have more jobs etc.

Back to the Norway thing… Yes, they have a sweet deal going where they can trade and not be members.

Part of that deal is that Norway allow free movement of immigration, the same as the rest of the EU.

Oh… So… Free trade, but with immigration?!?

You mean both things go together, and not just one banner waving example to bias my decision based on a blinkered segment of information?!?

It’s about time some people left racism and knee jerk comments and banner waving at home, and looked at the bigger picture instead of focusing on one key thing that they *think* will change.

I see and hear too many people ranting, swearing, abusing, pros and cons based on heresay, poor or no research or simply because ‘BRITAIN!!!‘.

Others voting to exit because of WW2. Seriously, people don’t want to be close to Germany because of what Hitler did a lifetime ago.

Some want in/out because of what has happened (for example) to our diminished numbers of military personnel (or NHS or whatever…). You must be crazy to not realise that these things would’ve happened regardless.

Blaming the EU for things just because you need a scape goat. Ridiculous. It’s the same for people giving false credit to the EU for other things. Differentiate, people.

Others are looking to vote simply to spite or support what the political parties say, rather than what’s actually best. People not voting one way because ‘fucking Cameron‘ is voting that way, or ‘commie Corbyn‘ wants this way…

Who cares which way a political leader votes? I care about the outcome more than I care about some knuckle dragging thick-headed moron thinking I must be a supporter of Mr X because I voted one way or the other.

Looking and hearing some of the racist, hate filled and bigoted comments of people about this topic makes me think ‘does Europe even want us, if that’s the image we portray?!?‘

Some say who cares what Europe thinks of us? Fuck ’em! We’d be independent! BRITAIN!!!

Yeah, great attitude. We’d be right on the top of Europe’s ‘let’s trade with them‘ list, wouldn’t we?

You know how we picture Trump and America…? We laugh at the idiot sheep that blindly follow him and his hype. Oh, how stupid Americans are! Look how they all rally around like idiots, Suckling on the teat of what that idiot spouts! Ha ha!

Yeah… Take a look at yourselves.

I despair at the increasingly misinformed, bigoted, rage fuelled reasons that people give for voting in or out.

Do yourselves a favour and actually do some proper research.

If we’re in or out, let’s be in or out because of intelligent fact based and fact checked knowledge, and not because a bunch of ignorant pricks voted due to whatever misinformed bandwagon they are hitched on to, or because a tabloid newspaper wrote some poorly thought out banner headline.

Vote In or Out, but at least do yourself a favour and do some bloody research (that isn’t a tabloid, your mates or a politically biased website).

The Revival was upon us again….

So a few years ago I got to sit in a Jaguar XJ13 whilst talking to Norman Dewis – and that was a Revival meeting that is hardly ever to be topped… but this year came close. (See that 2009 write up HERE).

Over the years more and more people have decided to don period clothes and dress for the occasion that is one of, if not the world leading classic motor sports events. Last year we didn’t dress up, and that was the year that we felt more out of place for not dressing up, than if we had dressed up…. So this year we went in style…

Chris went in a military style, as did Alex, and I went as a 30’s racing driver.

As usual, the entire day was fantastic – that’s pretty much standard for the Revival, but this time we were invited as guests, so got a little closer to the action, sounds and smells of the racetrack.

It was astounding. Driver changes and pit stops within arms reach! Cars worth hundreds of thousands, even millions, of pounds, were racing as if it was 1960 all over again.

We’re not talking sedate demonstration laps – We are talking foot to the floor, spinning out on corners and sharing paintwork style racing…. Exactly what these cars were designed to do. When you see a Ferrari GTO rub up alongside an Aston Martin, or a £10 million Maserati spin off and slam into a tyre wall, then you know these drivers are in it to win, and not to show off the looks of these often unique historic cars.

What was the value of all the cars there over the weekend? I’d hate to think! Even a parade of classic Ferrari GTO’s must have topped 10’s of millions!!!

GTO’s are surely a pricey car…. but then I saw this line up…

The most expensive car total value on the track at one time must belong to the German ‘Silver Arrows‘…. The original German bad boys of motor racing.

The pre-WW2 silver Mercedes and Auto Union ballistic racing cars that dominated the sport… V16 engines, rear mounted, meticulously built with typical German detail and precision. Even now, these cars are a marvel of engineering. Just looking into the engine bay you can’t believe that these are 1930’s racers!

Not just cars though – The track was filled with vintage motorbikes, tearing around on the ragged edge of their limits… and beyond! Vincent, Norton, Rudge, BMW, Ariel, Honda… so many types – and the noise was all enveloping!

For a motorsport enthusiast or just for a fun day out to see all the events and sideshows, Goodwood Revival really is second to none. For me, one of the highlights was the pit stop that was that arms reach away….

I say ‘one‘ of the highlights, because as I walked around after the racing had ended, I saw a Tojeiro chassis Jaguar D-Type. Much like today, many racing cars used to be custom built to suit certain specifications.

Quite often a standard car was modified to suit a particular need, and Tojeiro used to work with Jaguars to produce some top racers of the day. Trojeiro’s work eventually lead to the monster Shelby Cobra, so he has a pretty substantial claim in the racing car hall of fame.

Anyway, several Trojeiro models were racing, and after the day of racing ended I went to have a closer look. One of the best looking (in my opinion) was the first Trojeiro, based on the D-Type Jaguar (which was a stunning car in its own rights, and one of my all time favourites). Luckily enough, 7GNO was at Goodwood on this Revival Sunday…

There are MANY more photos and films HERE!!!

We went out for a family walk today. I was on my Nordic Poles and Chris had the push chair for Alex.

We took in Starve Hill airstrip (Hawley airstrip), the car bin and exercise house out the back end of Gibraltar barracks. It was a slow walk, but we covered 10km, and Alex walked a great deal of that.

As usual, puddles were top priority for Alex. Some puddles caught him off guard as they were deeper than he was expecting! Boots and waterproof trousers held up well for him though… Luckily! 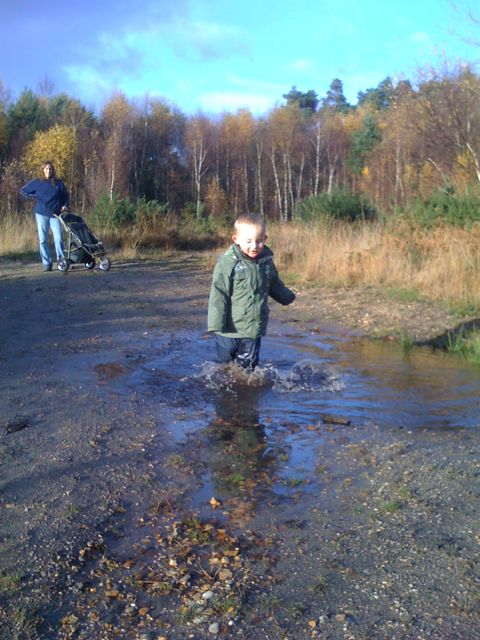 As we passed the lake on the way back home, we saw the Army out on the water practicing with pontoon boats, or at least that’s what they looked like. Whatever they were, they sounded like they had powerful motors. 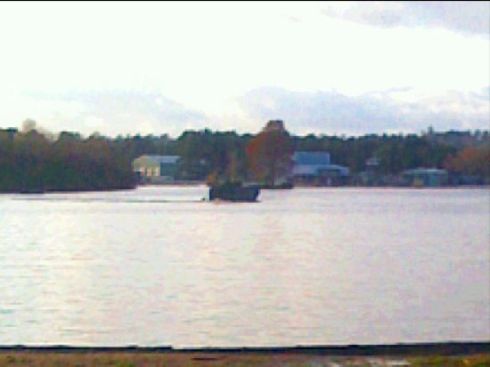 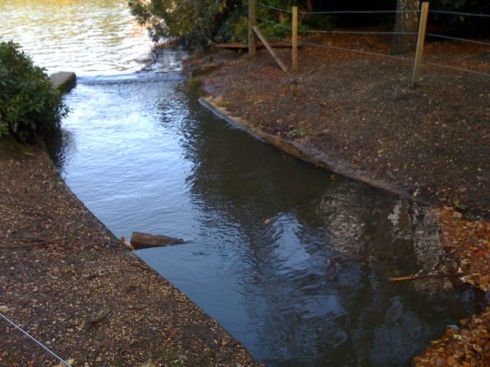 Lots of it. The lake was close to flooding in places.

Finally a break in the weather and a chance to get my LEKI poles out and get some freedom from my back. I’m still suffering from the sneeze the other day – so Nordic Walking is freeing it all up…again.

A new route took me past some army training grounds and rifle range. All very busy around the area with gun fire and explosions. I found an area of derelict houses and tied up old cars – very odd, but an interesting site. 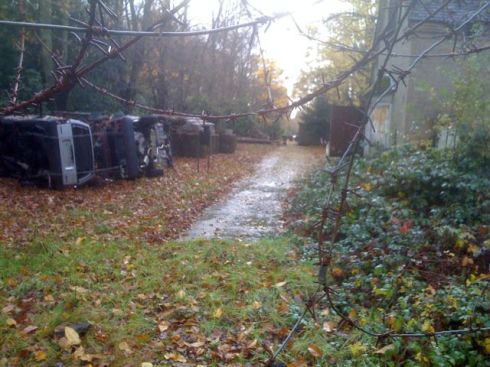 Along the way I also found an old concrete bridge. Strange to find something like this in the middle of nowhere, but that’s what makes walks around MOD land interesting! 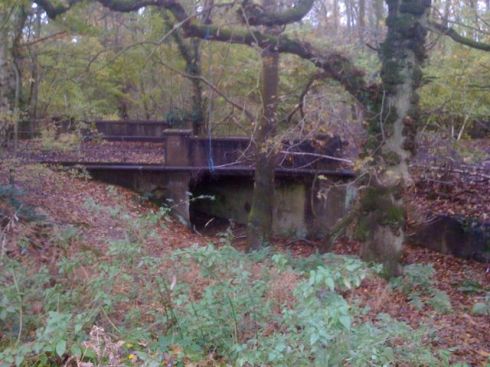 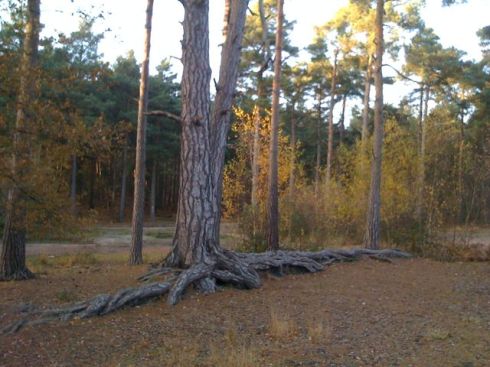 Carrying on I came across an interesting tree root (well, I thought it looked cool!), and a track that opened out onto a huge open area of marsh/ferns. Each walk opens up new areas to head off to – which really helps in keeping my sanity at the moment! 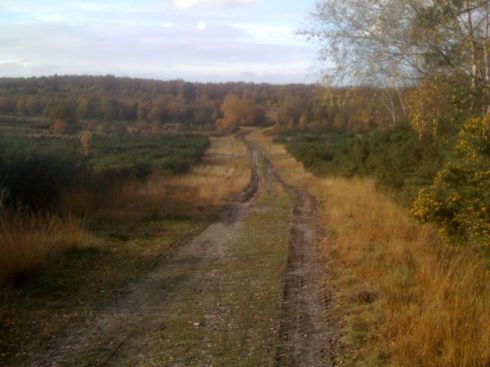 Back home Alex proves a point from a previous blog post! (Picky, but easy post) He loves his real looking toy cars! 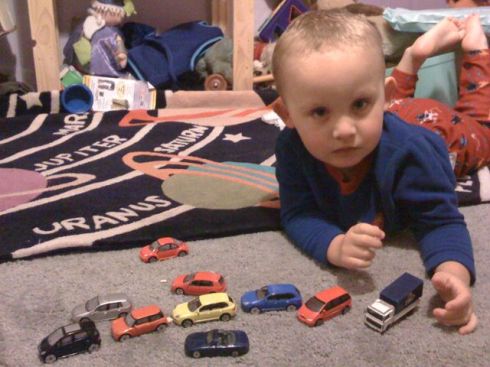 Radio Head and a Nordic “adventure” 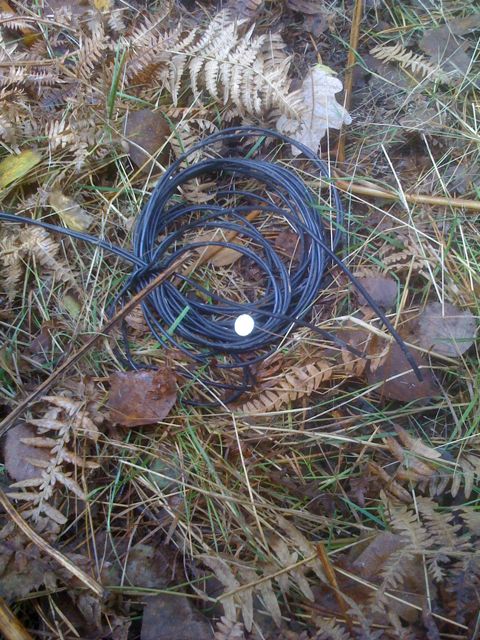 This was the start of a less than interesting “adventure”.

Whilst out exercising my back with some Nordic Walking, and clocking up some more miles on the excellent LEKI speed pacer varios, I spotted a cable. Well, what harm could come from following it!!

I followed for a short distance, then noticed it went up into the trees, dug under pathways, and yet in other places it was just laying over dirt tracks. It wasn’t going to be kids, as it looked like it had taken some effort to position, so it must be military.

I finally found the end of it…but no answers to what it was for. 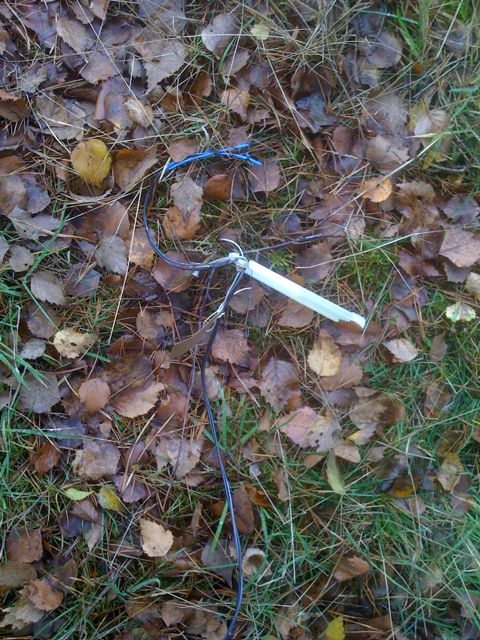 So I carried on walking. Eventually I came across a Land Rover with some troops setting up a radio station. After a quick chat I find that they are doing comms training. The cable was a telephone line about 1.5km long. I carried on walking, and as with buses, you find one military radio station and then three more come along. Every way I turned there were temporary comms masts. Eventually I came across a well hidden encampment which I presume was the base for the exercise. Very well hidden! 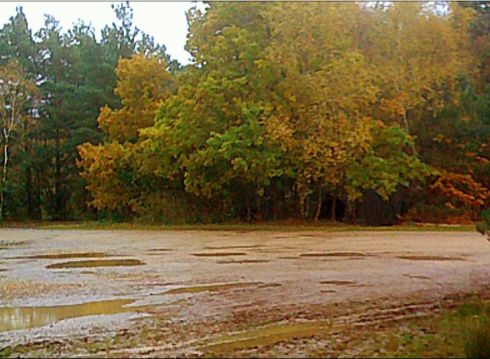 As I stand here writing, yet another comms mast is sprouting up behind me… All quite a diversion from my usual walk! I must carry on, as I think I hear a beach exercise going on at the lake. You don’t get this in publicly owned woodlands!