A Balanced Plea to Land Rover

An appeal to the heads of Land Rover…. For their sakes and ours I hope they listen.

Regarding the Defender DC100 concept for release in 2015

We all use them. They are tools. They do what they have to do, and they do it well.

Time moves on… things change…. but besides the smallest of tweaks, the hammer & spanner remain the same. Sure, socket sets joined the party… but spanners & hammers stayed. Tools do what they do & that’s all we ask.

The Series is our vehicular spanner or hammer. The Defender is the socket set.

It already does the job.

Stand by your product

You (Land Rover) want to be brave & bold among car manufactures in 2015?

Then don’t change a thing and STAND OUT by standing next to a product that needs no introduction, no fanfare, no design guru and NO CHANGE, because it’s fine the way it is.

You notice the people who like the DC are few & far between, and young.

The people who USE Land Rovers & have EXPERIENCE have spoken out against it…. and I’d bet those young inexperienced DC ‘likers’ would sing out against it if they had a clue about how the Defenders really get used.

The DC100 sounds great on paper. Hell, it might even work really well (I’m sure it will)… and it does have a certain look to it that stands out… but I’m sure you’ve gathered by now that our blunt stick Defender is much preferred to the gaudy disco ball DC100.

Yes, you may have a market for it, and your research might have come up with a customer base for this new model… but it’s not the Defender customer base that need the Defender type of car. It’s the cool brigade. With sunglasses and fake tans.

Run the two together, but don’t lose the Defender work horse just to keep up with fashion & iPhone cool.

You say that coming up with a replacement for the Defender was one of the toughest things you’ve had to do….

…. but did you ask yourselves ‘why is it so tough to replace?’…

It’s because you’ve already got it right.

Back to the spanners and hammers…. You don’t need improve on something that ALREADY WORKS!

You are like kids in an all you can eat restaurant ~ Just because you have the ability to have everything, it doesn’t mean you should….

Now please, just say that you’ve heard our feedback, and that you weren’t so aware as to how much people really want to keep the current Defender, and that you are strong enough to see that you don’t need to change it after all.

They have variations, but they get lumped under their main name….

The DC100 is not this Land Rover, let alone a Defender. It is different… new… not a continuation of a line.

If the action man, tarts handbag, swatch watch DC100 is made, I don’t think it’ll receive the same friendly hand signal from other drivers as they pass.

They’ll probably still get a hand signal though….

The DC100 has a very serious flaw.

From it’s sloped bonnet, to the curved and angled roof… to the lack of a sticky out bumper… you have removed a primary function of the Defender & Series type Land Rovers.

There is nowhere to place your mug of tea, or park your backside when working on it…

Now this is bad for individuals, but Landies are also a good social vehicle, and that’s going to end up with a group of people standing around a scratched bonnet DC100 with broken mugs on the ground.

The old Land Rover owners have a huge choice of aftermarket spares and add-on parts at their finger tips. They can raid the parts bin and find items that will fit almost the entire range of Series, County and Defender type vehicles.

This means parts are cheap and plentiful… and pretty easy to fit… and that means the Landies can be kept on the road at low cost and a chunk of the work can be done by the owner.

The DC100 has ‘Defender’ written on the side…. but that is where it ends (and also the only thing that links it to its heritage).

No longer will you have the parts interchangeability. This puts spares prices up… and means you’ll also probably have to go to a main dealer to get the thing fixed. 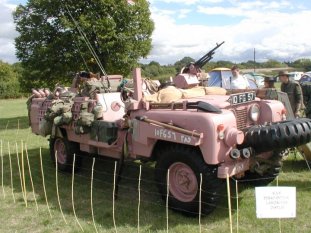 It’s almost as if Land Rover have decided that they want it all to themselves, and that if you want to personalise your DC100, then you can have it any way you want, as long as it is on their specification tick sheet…..

Yup… like all those individuals in their new Mini’s and Beetles with individual paint schemes… that look just like the other people who chose the same specification.

Stuck in the middle of the jungle with nothing but the contents of your boot and a knife?

The older the Land Rover, the easier it is to get home safely. They will run and run even when things are failing and falling off…. Your Landy will get you home.

Okay… so the DC100 has some very cool gadgets which will mean idiots will have the ability to think they can go anywhere because they have a Land Rover (I see many of these idiots stuck in the snow because they have no clue how to drive, even with the right tools).

The gadgets all rely on computers… and in the name of safety you can pretty much be sure that if something goes wrong you will get a warning light come up and the engine will automatically cut out…. and you now need to get the AA or other breakdown service to take you to a Land Rover approved garage to be plugged into a computer to get reset and fault diagnosed.

You show me an approved Land Rover dealer in the middle of the bloody jungle…. let alone a vehicle recovery service who will come out and honour their ‘get you home’ policy from some deep dark uninhabited swamp land…

Even if you can override the computers you’ll be stuck…. After all, everything is computer controlled…

We want simplicity Land Rover… Even the current Defender is a bit too techy for our liking… but it works. 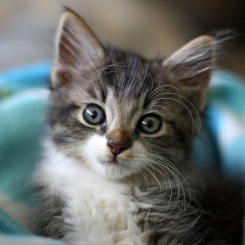 The DC100 is a great showcase of what you can do. Very much like the other companies who produce outlandish concept ideas to show various new bits of technology…. but never actually put the vehicle into production. It’s a proof of concept… It’s showing off your skills… It’s what you can do… not what you have to do…

You are geniuses! You’re styling department puts out some eye popping designs.

… but we still want our old Defender in that line up.

The big uproar is the future demise of the Defender as we know it. The DC100 being a death knoll on a line of OBVIOUS family heritage… The simple go anywhere vehicle.

I think had the new Land Rover been released as a stable mate, rather than replacement, then there would have been riotous support for it.

Yes…. Try this for size…

“The new Land Rover DC100 Overlander ~ The future of off roading…. (P.S… you can still have your Defenders folks….)”

5 responses to “A Balanced Plea to Land Rover”